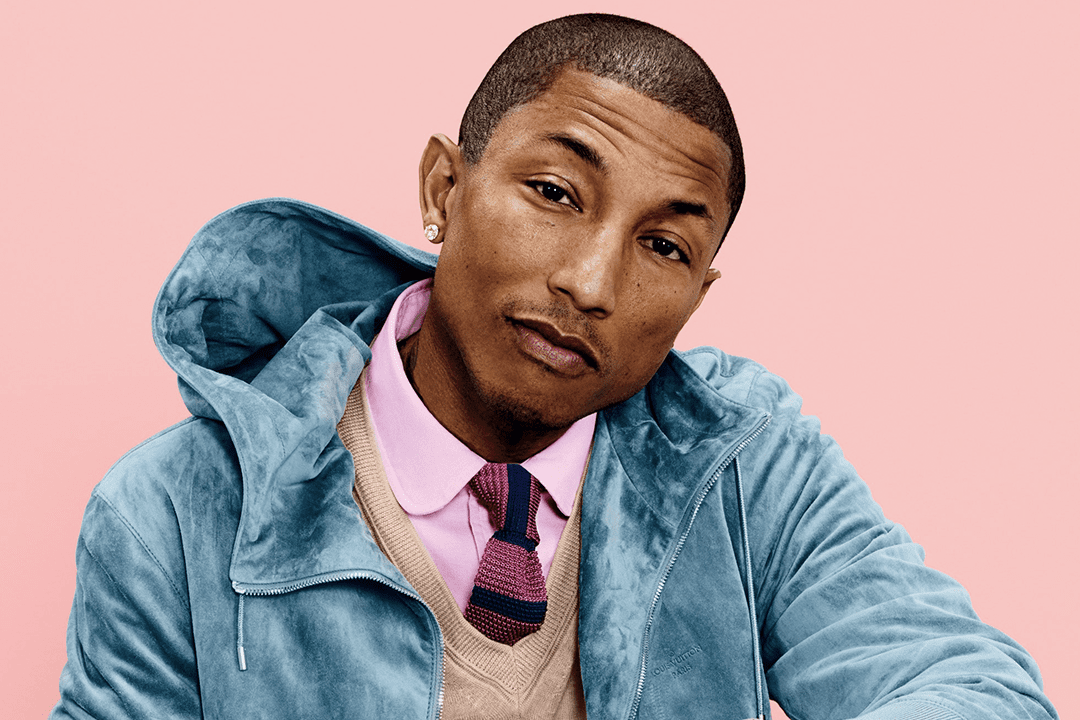 The Curious Case of Pharrell Williams

Maybe it is fact considering he was fired from three different McDonald’s for being lazy, but the music mogul has produced several hit tracks including ‘I’m a Slave 4 U’ (Britney Spears), ‘Happy’ (one of the world’s bestselling singles) and many more, so it seems a little hard to believe.

Pharrell is a fashion designer too having co-founded Billionaire Boys Club and Ice-cream footwear, co-designed accessories for Louis Vuitton and collaborated with Comme Des Garçons to create a unisex fragrance (GIRL).

The moneymaker has also published a children’s book, founded an educational charity, has just launched his own skincare line called Humanrace and will open a new hotel in Miami next year.

How can these extraordinary feats be the workings of a “lazy” man? Where does the 47-year old find his groove and which method of time management is he using because we’d probably all be interested to know.

According to Pharrell the only reason he gets anything does is because he’s “curious”.

The Harvard Business Review has made a business case for curiosity, suggesting leaders should hire for it and that “executives with extraordinary curiosity are usually able, with the right development, to advance to C-suite level roles.” The part about nurturing is key, else those with insatiable curiosity may “score lower on competence” than a less inquisitive counterpart.

Pharrell leveraged his curiosities in the right way then, developing them in the presence of other greatness. He often attributes the success of all his ventures to collaboration, citing for example that ten different people are usually involved in the process of making one song.

So if you’re a hiring manager and you pick up on curiosity in a candidate – don’t overlook that spark. On the flip side if you find that you’re not particularly curious in your current work environment then much like a Pharrell Williams clearing tables at McDonalds – you’re probably in the wrong place.